In this post I describe some of my experiences of searching for VSTs that emulate pianos.

I recommend a couple of very good software companies that I advise you check out for yourselves.

I also share some of the difficulties I have faced whilst searching and offer solutions that I hope you find helpful.
A freeware favourite: DSK
One of my favourite freeware manufacturers is DSK.  I have used DSK’s free VST’s a lot over the past couple of years and I am usually really satisfied with the results.  They have a wide range of plugins that emulate both electronic and acoustic instruments to often good, sometimes great, degrees of success.  This is something to be thankful for for two reasons:
DSK products I love and recommend trying out include:
Source: www.myvst.com
AkoustiK Keyz: What am I doing wrong?
DSK's piano VST AkoustiK Keyz doesn’t seem to satisfy in the same way that the above recommendations do.  I often feel the need to slip the AkoustiK Keyz behind or underneath the other tracks in a song because it seems to sound a little flimsy to me.  This hasn’t been much of an issue until now, as my piano tracks have always been subtle extra touches, rather than leads.  However, one new project of mine requires a more prominent piano and AkoustiK Keyz just doesn't cut it.  On top of this, I have begun to find something a little jarring about the frequencies outside the mid-range.  In my opinion, the lower-end seems a bit boomy and the highs seem a little harsh.
This isn’t an attack on DSK.  Pianos are notoriously difficult to emulate and music is, like any other art form, highly subjective.  This may be nothing more than a simple difference in taste.
Disclaimer out of the way, I might try parallel compression to get rid of this perception of flimsiness, although for some reason the idea of parallel compressing a piano track scares me a little.  To try to remedy the percieved boomy and harsh lows and highs, I may try a bit of A/B testing using the excellent Stillwell HP/LP filter that comes with REAPER.  Another option I have is removing the use of a piano VST altogether and getting some samples in there instead. Hmmm.  I will do a follow up post once I have got somewhere with this little experiment of mine.

A lot of people really rate the Piano One plugin by Supreme Piano.  I look forward to downloading and testing it as an alternative plugin over the coming weeks.  I'll update you as soon as I've tested it out.
Source: www.vstplanet.com
In the meantime, don’t just take my word for it, visit the DSK and the Supreme Piano websites at the links below, test out some of these great plug ins and let me know what you think! 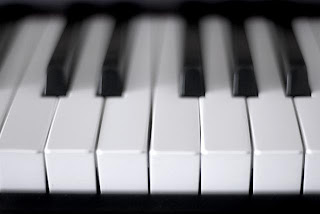