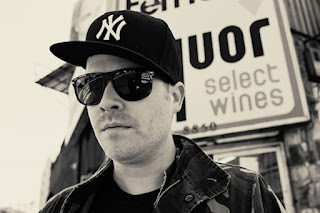 From the thought-provoking hip hop of El-P and Killer Mike, to the glorious garage-meets-pop-meets-RnB of Disclosure,  2012 had plenty of musical highlights.  Here are my favourite ten from the past twelve months.  In no particular order - they're all number one in their own way.

First: El – P’s opening is probably the best verse of 2012.  Not only is it incredibly disturbing and thought-provoking, but also incredibly dope.  Second: the following onslaught by El – P, Mike and Despot is electrifying.  Third: the beat is beyond epic.

What TNBM said at the time: ‘The...distorted drums after the first breakdown, which add a real sense of drama.  Wowzers.’
Source: www.youtube.com/elpossum
El – P: ‘$4 Vic/Nothing but You+Me (FTL)’
Produced by El – P

El – P sounds at his most vulnerable and most defiant in equal, captivating measure.  Lyrically and musically mesmerizing.  The perfect way to draw the curtain on a classic album.

Mixing NWA, Geto Boys and BDP, ‘Don’t Die’ is broke into three separate sections, each more intense and evocative than the last.  A ‘Hundred Miles and Runnin’’ / ‘On the Run’ for the #Occupy generation.

Along with the Lapalux remix of 'Let Me Love You', 'Latch' is the sound of 2012 UK.  A gorgeous mix of smooth and glossy garage, RnB and – dare I say it? – pop.  An instant classic.

What TNBM said at the time: ‘Big, shiny and sexy.  'Latch' is a perfect combination of pop, RnB and garage.  A great example of a track sounding so much bigger because everything has its own place in the mix.  The double tracked vocals with lots of reverb is a Disclosure speciality and, as icing on the cake, Sam magically transforms into K Ci Hailey at the 2:10 mark.  Love it.’

Ackryte dropped plenty of heaters in 2012 but this is my undisputed favourite.

What TNBM said at the time: ‘Wow.  There is so much going on in 'Nebula' I hardly know where to begin. Listen to how he complements the collage of mid range sounds with a simple 'up and down the stairs' bassline in the hook.  And how the drums are frenetic, but not overpowering.’

The original was good.  The remix took it to new heights. Booda and Von spitting everyman struggles over an out of this world sample and drums which KNOCK.  One of my favourite hip hop remixes of all time.

Source: www.youtube.com/user/boodafrench
Jean Grae ‘U  & ME & Everyone, We Know’
Produced by M-Phazes

Beautifully put together ‘grown-up hip hop’.  Jean drops a tonne of rewind-worthy lyrics as usual: ‘...’Cause Imma alpha, bet it’s hard to b(e) with me...’.  A full collaborative album, perhaps?

What TNBM said at the time: ‘M-Phazes repeats a keyboard motif which provides an anchor for the track.  There is plenty of instrumentation throughout, which makes it more tuneful than a lot of hip hop records.’

The drums knock and Upright’s swing is ridiculous, but it’s that haunting melody which gets me every time.  That, and his signature move is used to fantastic effect.  The best use of a child’s giggle since ‘Are you That Somebody?’
Source: www.soundcloud.com/upright
Lapalux Remix: Mario ‘Let me Love You’
Remixed by Lapalux

Along with ‘Latch’, this reworking is the sound of UK 2012.  Lapalux stretches and pulls the original - a favourite of mine - into places I never imagined it could go.   A bittersweet rush from beginning to end.  Produced and mixed to perfection.

What TNBM said at the time: ‘In six minutes, Kendrick, Gunplay and production duo THC evoke a mixture of 90's Ice Cube, Tupac at his most anguished, early Outkast and some sort of drugged out 'Fear of a Black Planet'.  The 808 booms even on crappy laptop speakers.  Haunting is an understatement.’