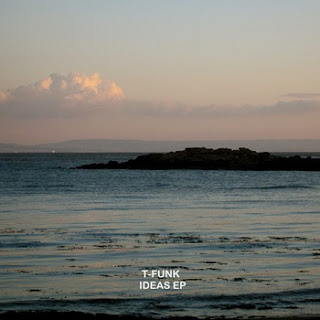 The latest ‘Your Beats’ is courtesy of North Londoner T-Funk.  After making music for roughly three years, his ‘Ideas’ EP came out late last year.

Says T-Funk: ‘I use Logic, along with my guitar and keys. I always try to put in some live instrumentation whenever I can.  J Dilla and Organized Noize are my two biggest Hip-Hop influences.

Dilla's drum programming and sampling are second to none.  Organized Noize have such a funky style with their guitars and basslines.  I've also always loved P-Funk, Prince and Cameo.’

T-Funk clearly takes J Dilla’s influence on his drum programming seriously.  His own percussion has a good amount of ‘grit’ and ‘oomph’, but not to the detriment of any other elements of the tracks.

‘1985’ shows off T-Funk’s ear for a sample, as a rare groove classic is chopped and looped up nicely, making for an enjoyable track aimed at the dancefloor.

Organized Noize and that trinity of funk and soul icons have also clearly left their mark on the young musician: each cut has a big, satisfying bass line, ‘Dreamers’ teases the listener with its funky guitar licks.

Throughout the EP, T-Funk makes great use of lovely synths which wash over the listener.  His arrangement skills mean that, whilst repetition is used to ‘entrance’ the listener, the tracks have enough movement to keep the listener engaged.  There is a difference between creating a track that the listener can ‘zone out’ to, and one which has them accidently nodding off.

The EP ends in dramatic fashion, as Tinashe’s ‘Selfish’ is given the T-Funk treatment.  Think Noah ‘40’ Shebib - meets Jessie Ware - meets Disclosure.  T-Funk’s trademark synths match Tinashe’s vocals perfectly.  Her words are given a ghostly vibe, whilst his drums and bass hold everything together nicely. Someone please get these two together for an official collabo.