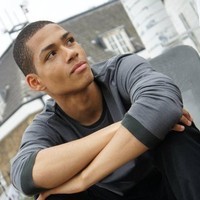 North London's T-Funk has fast become a The New Beat Maker favourite and with this one-two punch of recent releases, he's cemented his position as one of my favourites of 2013 so far.

'Say Her Name' gives a timeless RnB classic a bit of a Lapalux style vocal manipulation, whilst the drums, tweeting birds and playful bassline tip their hat to a certain uber-producer from Virginia.  Every now and again, the beatmaker shows his UK roots with a nice little two-step bounce. Highly addictive.


His '4 Page Letter' remix is a slightly sleazier, grittier re-imagining of another RnB anthem; with some greasy handclaps and T's trademark spacey synths and big low end glueing it all together nicely. Lovely stuff.

T-Funk has a debut album due out in the summer.  Thanks to his classy brand of beatmaking, it looks like we can expect a hot one.