The good guys over at Dubspot sit down with the DJ / turntablist legends.

'Check out this video interview of the crew when they were in New York for their 20 Year Anniversary Show at The Brooklyn Bowl. The video was brought to you Dubspot NYC….special thanks to John Carluccio.

“The World Famous Beat Junkies stop by Dubspot to discuss their love for turntable music, their evolution as artists over the past two decades, and how forming a group helped them to individually develop their skills.” 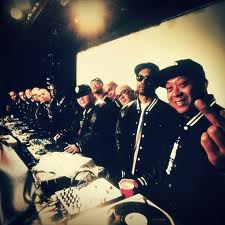 Related: The Beat Junkies 'For the Record' documentary