Carvalho: A Warm Mix of Intellect and Groove from a Multi-Talented Creative Force 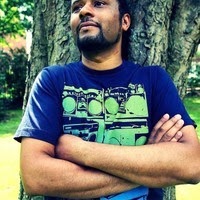 Are you looking for an artist that feeds the head and the heart as well as the feet?  An artist influenced by such greats as Bob Marley, Stevie Wonder and Me'Shell Ndegéocello and shares their ethos of 'music and message'?  A singer with charisma and talent in equal abundance?  If the answer is yes (and I hope it is), check out Carvalho.

A singer, songwriter and multi-instrumentalist, Carvalho has played with esteemed artists including The Jones Girls; Original Son; and Ocean Colour Scene's Steve White.

He has also collaborated with numerous overseas artists, including South Africa's Nutty Nys.  He also fronts the funk band Xtended Family.
2017 Update: Carvalho Releases 'Soul New' (Youtube Video Review)
His album 'All the Things You Know To Be True?' released in April of this year pays homage to musical inspirations and traditions whilst showing more than enough individuality and personality to win over listeners on the first play.
Throughout the project, Carvalho is able to balance the sometimes seemingly opposite ends of the artistic spectrum - contemporary and classical, educational and entertaining, serious and witty, with apparent ease.

Carvalho is able to balance the sometimes seemingly opposite ends of the artistic spectrum - contemporary and classical, educational and entertaining, serious and witty, with apparent ease.

Production wise, the lead single 'Lovin U' sets the tone.  A smooth, funky synth and lush strings are the perfect accompaniment to Carvalho's lilting vocals, somewhat reminiscent of icons Don E and Maxi Priest.  This sweet serenade leads nicely into the next cut, 'Equation', which makes great use of a West Coast groove as Carvalho takes the UK education system to task. 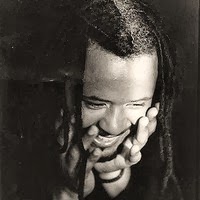 This mix of straightforward social commentary, polished production, memorable hooks and silky melody continues for the rest of the album.  Whilst the project is very strong and cohesive throughout, immediate standouts include 'People n Bull$£!t' in which Carvalho, over a jazzy, foot-stomping production, asks '...what shall it be? the guns or the babies? deluded by the concept of power...move on, move on...'; and 'Lovesong' in which he makes singing '...economic strategy / touched by religious fervor / complex reality / will we ever see / USA...United States of Africa?' sound easy.

The UK has long been known for producing soul music which is both thought-provoking and dance-inducing; Carvalho is clearly both a student of this rich musical school as well as being one of it's brightest contemporary stars.

To buy 'All the Things You Know To Be True?' on iTunes click here.
For more info on Carvalo, check out Versify Music: versifymusic.com/carvalho Check out Carvalho on soundcloud: soundcloud.com/carvalho