I have always wanted to bring readers a selection of my favourite tracks on a regular basis and, excited by several superb podcasts I have been enjoying recently, I decided now was the time to start a regular series of sessions celebrating some of the hottest artists out.   A particular focus is paid to artists who I consider to be friends of The New Beatmaker.  For a quick breakdown of each of the
tracks read on.


Upright: 'Bear Fruit'
Upright won the BeatTips battle Feb 2012 with this absolute heater of an instrumental and it’s easy to hear why.  That bass. Those drums.  That trademark Upright break in the middle.  The Californian was featured in our best tracks of 2012 for ‘V A S T’; and was one of our nine beatmakers to watch in 2013 and deservedly so.  Check out an indepth interview with Upright in light of his BeatTips battle victory with BeatTips here.

T-Funk, DistantStarr: 'Groove With You'
T-Funk has been a favourite of ours since he reached out with his excellent ‘Ideas’ EP, check it out here.  Mixing RnB and soul grooves with hip hop knock and ambient synths, his ‘Nebula’ project is an essential listen.  Visit bboytechreport.com for a review here. 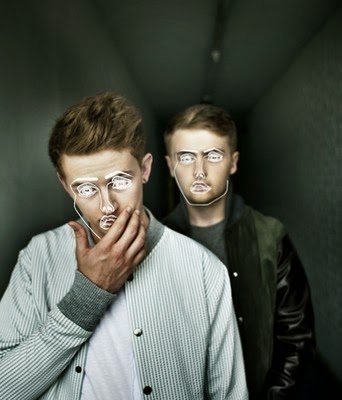 Sam Smith, Disclosure, Nile Rodgers and Jimmy Napes: 'Together
Wow.  A strong J Dilla / D’Angelo influence.  That chorus just opens right up.  It soars! 2013 was the year of Disclosure and Mr Rodgers and this track has been in constant rotation since it dropped.  For more Disclosure check here.

Mecca:83, Von Pea and Booda French: 'Full Time' (Mecca:83 Remix)
Aside from the almighty Pete Rock reworking of 'Shut 'em Down’, this is probably my favourite hip hop remix of all time.  Mecca:83 has shown the site a lot of love right from the beginning, including an exclusive interview (click here) and we love him right back.  Check more of his stuff here.

Lanzo: 'MORNING SEX'
Funky sample flip? Sensual vocal sample? A monkey going, erm,  bananas? It must be Lanzo.  Essential projects from this The New Beatmaker Favourite include 'S O C’ and 'BURN BETTER TRUNKS’.  Be sure to check out our exclusive interview with the man himself here, too.

Pomo: 'So Fine'
Friend of the site Sev Seveer (more on him in a bit) put The New Beatmaker on to this glorious slice of French-sounding house. We owe Sev a beer. The track is big, sexy and euphoric.  That breakdown around the 2:20 mark is perfect.  Lovely. Thanks Sev and thanks Pomo.

Kaytranada / AlunaGeorge: 'Kaleidoscope Love' (Kaytranada Remix)
Sensual house meets RnB with a remix from the man that needs no introduction.  Kaytranada recently dropped an absolute heater of a mix for Benji B’s Deviation night at London’s XOYO nightclub.  Check it out here.

Moduloktopus, Myss Ripley: 'Black Bay' (Re-Lit Jive)
Wow, the fire marshall is finna shut this sh*t down! A musical tour-de-force from another The New Beatmaker favourite.  An epic track which shows of the Boston-based beatmaker’s skill for creating elaborate, attention-grabbing genre-splicing compositions which transcend easy classification.  Moduloktopus is also a member of the superb ten-piece collective LowTone Society (more on them later).

Radius: 'Cakescakescakescakes'
This tune is fonky as hell.  I love the rugged stop-start effect of the drums and the dramatic but sensual vibe of the samples.  Check out Radius' 'Minimal Chops & Loops in Dub Vol.1 EP' here.

Central Parks: 'Realization of Truth'
Carrying on that eerie ‘siren’ vibe from the previous track. Central Parks mixes the classic with the contemporary. He’s another artist who has shown the site tonnes of love.  Parks was another of our nine beatmakers to watch in 2013 and he did not dissappoint releasing banger after banger.  Check out an exclusive interview with him at bboytechreport.com here.

Time Travelling Toaster: 'Astral Atlasatlantis'
...Speaking of bboytechreport, much love to ‘BBT’ for putting me on to ‘TTT’ last year.  ‘TTT’ is another amazing artist.  He combines boom bap, electronica and UK dance influences with always dazzling results.  His most recent full-length  'Sinus Roris’ is another stellar addition to his an impeccable catalogue.  Read my guest review of it over at bboytechreport.com and then download it and hear how wonderful it is for yourself.

King I Divine: 'Reign Showers'.
An absolutely beautiful, haunting instrumental from King I Divine.  I could just listen to this on repeat all day. The subtlety of the piano sample, the knock of the drums (again, 'big’ but not vulgar sounding).  That swing.  Just lovely.  Check out the full project here.

Lewes Btsmfn - 'Lewes (2k13) Changes'
Last year I praised Lewes (then known as Metaþhφnix) for his ability to both pay homage to his influences and also successfully create his own, very personal and very special, sonic universe. His jazz heavy, mystical sounding ''Signature Φ Resonance : An iNstrumental iNtroduction (vol. I)' project can be enjoyed here.

Phashara: 'ITs GOOD'
Phashara, also known as Corry Banks has been a friend to the site for quite a while now; he’s always shown The New Beatmaker nothing but love, in particular, his giving me the honour of many a guest post at his site bboytechreport.com.  A charismatic and skillfull MC, beatmaker and writer, check out more of his work as a musician and MC, and be on the look out for BREAM (Beats Rule Everything Around Me).

J’Von & Ackryte: 'I’m Saying'
J’Von was my favourite MC in 2013.  Number one MC.  Hands down.  Not only were his words constantly intelligent and quotable, but goddamn, how he delivered them.  His technical ability, charisma and wisdom is a thousand times that of many of the MC’s who ‘grace’ magazine covers and newspaper headlines and win big-name awards somehow.  Ackryte is a producer who pays homage to hip hop’s rich cultural heritage, whilst simultaneously taking it forward in an individual style.  The rapper-producer duo is in safe hands with this pair.  Thinking Batman and Robin? Don’t.  Think Batman and Batman.  Check out more here.

CRASHprez & *hitmayng: 'Kill Me Dead'
Awe-inspiring.  Props to Sev Seveer (that’ll be another beer owed) who put me onto this incredible track.  CRASHprez provides a jaw dropping performance that channels Saul Williams, Killer Mike and Masta Ace for a damning indictment of society over a stirring soul backdrop from *hitmayng.

Zackey Force Funk: 'Montego Bay'
‘Best Buds Vol II’ was one of the most exciting projects of last year and this was one of it’s many standouts.  Zackey sounds like a lovesick computer in orbit around the moon singing a Prince B-Side (and that can only ever be a good thing, can’t it?).  Check out the whole project here and our exclusive interview with one half of the label behind the ‘Best Buds’ series, FilthyBroke Records’ Morbidly-O-Beats, here.

Boonie Mayfield: 'The Wonder Years'
Wow.  Another of last year's finest releases, courtesy of another The New Beatmaker favourite.  The multi-talented artist dropped a full-length which explored various sides of Boonie as a person and a performer and was one of the bravest, most diverse and - perhaps most importantly - most enjoyable projects of the year.  Enjoy the project here an enjoy an exclusive interview with the man himself here.

Evil Alex: 'Snack Wrap'
Another one of last year’s most memorable projects was ‘iGeneration’ by Evil Alex.  A haunting and well-thought-out album drenched in soul, this is one of the project’s most beautiful moments.  The project was so good I had to review it twice, once here and once here.  Read both reviews, buy the album today and get wrapped up inside its magic.

LowTone Society: 'Paralyzed'.
Sublime.  LowTone Society are the most exciting acts in music today; their sound combines all that is good in both classic and modern Latin / black American music.  This ten-piece are all alumni of Berklee College of Music and are destined for great things.  Check out a special feature on them here and videos and more music from the collective here.

Jay Bishop: '54'
A classy, disco-influenced strut from another The New Beatmaker favourite.  Jay is a DJ and producer who combines classic soul with hip hop and jazz influences.  His 'Late Pass’ mix series is essential listening for anyone with a taste in soul, hip hop and future beats.  The New Beatmaker 'Soundcloud Sessions' was always in the making, but 'Late Pass’ lit a fire under me.  Jay, I hope that you enjoy this mix as much as I’ve been enjoying yours; and everyone else I hope you’ve enjoyed it too.

Be on the lookout for 'Soundcloud Sessions' Episode Two dropping very soon, both on The New Beatmaker's Soundcloud page and here!

Particular thanks to Phashara / Corry Banks, Sev Seveer and Evil Alex for the drops at not much notice, much love.