Shout out to Frankie Leroux once more, this time for sending me over these two great videos of Jeremy De Jesús in action.

Born in Puerto Rico, currently residing in Brooklyn, Jeremy De Jesús is a recipient of a Berklee College of Music Full Scholarship.  He is a vocalist, flutist, composer and producer who has performed, collaborated and recorded with a number of legends, including Grammy award winner and Berklee teacher Terri Lyne Carrington.

De Jesús is a performer who can switch from Salsa to R&B to Jazz; and even a more romantic Latin American sound.  His most recent project is an audiovisual series entitled "License To Love", consisting of three volumes: '#ThePast', '#ThePresent' & '#TheFuture'.  '#TheFuture' was filmed & recorded at ShapeShifter Lab in Brooklyn.

It's evident from these two videos that De Jesús is a talented and charismatic performer.  I look forward to hearing more from him and featuring more of his music here. 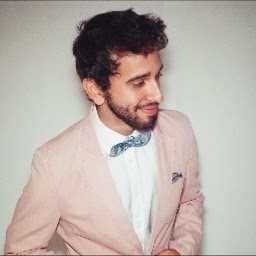