Regular readers will know that I am partial both to the sounds of T-Funk and the website bboytechreport.com.  It should be no surprise then that I recently wrote about the former for the latter.

Not to give too much away, T-Funk's latest EP 'Nebula' is one of my favourite projects of the year so far.  It dropped right at the turn of the year and I have had it in constant and heavy rotation ever since it's release.

I find his tasteful blending of 90's RnB influences with hip hop knock and ambient style synths to be a highly rewarding and addictive mix.

Sidenote: Somehow I effed up and didn't post this at the time.  Paisley and T-Funk released the soulful 'D&N' in February to mark the birthdays and passings of J Dilla and Nujabes. 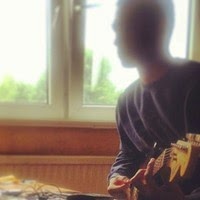 Sidenote: T-Funk's 'Groove With You' (Feat. DistantStarr) is featured on The New Beatmaker's 'Soundcloud Sessions One' which can be heard in full here.