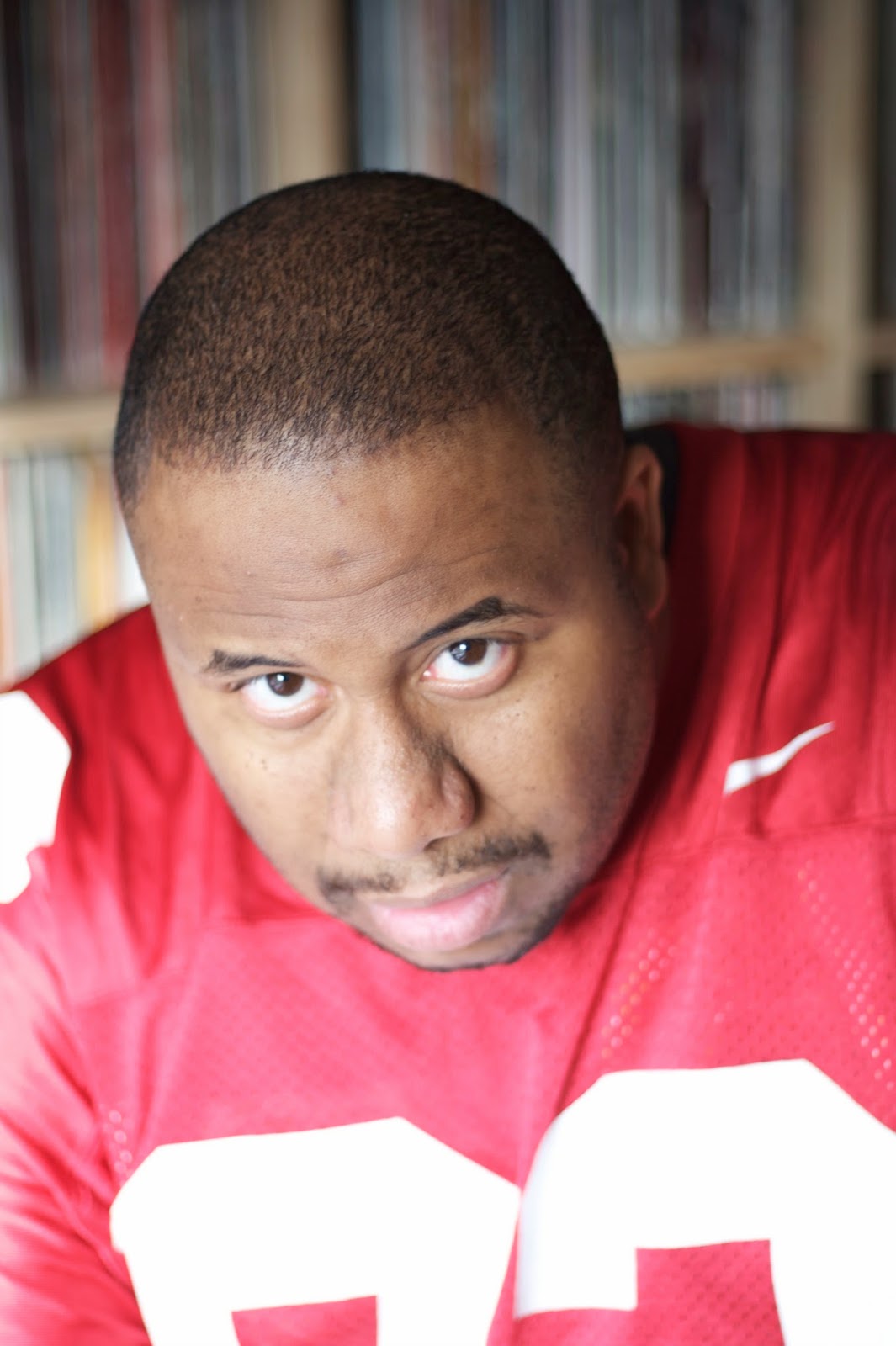 As one half of Lone Catalysts and 3582, and with a CV that includes work for Mos Def and Talib Kweli, The Beastie Boys and MHz, J Rawls is synonymous with classic hip hop.

TNB: An obvious question right off the bat: as a well-respected and loved producer, why swap beats for vocal duties this time?  Were you ‘hands on’ with the beats at all, tweaking them or offering production feedback?

J Rawls: Nah I picked producers I trusted and let them do their thing.  I decided to take it back to my roots for this one.  I started out rapping and I wanted to go out that way.  Cool thing is, I will always make beats.  So expect more beat projects from J Rawls.  Just wanna keep it instrumental for now…enjoy making music again.

TNB: The title track is produced by a The New Beatmaker favourite, LAKIM.  How and when did you first hook up with him?

J Rawls: LAKIM is dope.  I met him through Jean P.  They were a group called Opposites Attract and they were working on a project for Polar.  We will see if that is finished.  I understand both are real busy.

TNB: If I had to sum up ‘The Legacy’ in one word it would be ‘family’; it shows a lot of love to people who have helped you in your career and gives fellow talented producers and MCs a chance to shine.  What word would you use to sum up the project and why?

J Rawls: I like family.  That is a good word to use.  I would use legacy, that is why I called it that though, because I wanted to preserve my legacy and pay tribute with this album.  That is why I have a lot of my family on there.

I wanted to preserve my legacy and pay tribute with this album.


TNB: On ‘Pure Love’ you state: "It ain’t hip hop, if it ain’t no sample in it".  What do you think of sample packs and hardware preloaded with samples?  Do beatmakers who use these (and vsti’s, 'soft synths’, etc.) need to dig in the crates too to get a pass?

J Rawls: Nah that’s on them.  I'm old school and will remain that way.  It’s a new day with music though and I accept it.  But for me, I do it my way…I love hip hop with chops tho'…nothing like that.

TNB: You once said that "Pop culture is a distraction".  It seems to me that artists with a certain level of consciousness, like yourself, often build their own lane and operate outside of the pop ‘machine’.  Is it too late to try to change pop culture’s shallowness and banality?  How can the artists who could potentially change pop music for the better do so, when they operate outside of it?

J Rawls: They can't change it.  All cats can do is make good music and hope people eventually hear it.  Pop culture and pop music go hand in hand.  And a record label's job is to sell records, period.  So all that matters is what sells….once you accept this it's easier to keep creating.  I do music because I love it, so I am not worried about the rest of that…I make music to change lives.

TNB: Ohio has long proved to be a fertile ground for hip hop.  Why do you think that is? How did all this talent come up?

J Rawls: Yeah it is just a place that has always had talent.  All of the Ohio Players, Zapp, Sun, etc. And in Columbus you got Bill Moss and all that.  It's in our blood.  But there was always some good open mic nights.  In Columbus a group named SPIRIT used to hold talent shows.  That is where I got my lessons.  Later on there was a record store called the Groove Shack…that is where Camu, all of MHz and a bunch of other cats came up….

TNB: Camu Tao's delivery, wit and energy are sorely missed.  What is your fondest memory of working with Camu?

J Rawls: My fondest memory is how we used to link up…he would usually call me up and say 'yo son, I got some new joints!!' And he would just play me beats in his car.  Then I would play him some.  He was a dope beat maker!  Those are my best memories.  In fact I still have DAT tapes of his beats that never came out…gave some to Copy so he could use 'em.  But those are some of my treasures…

TNB: 'You have a catalogue filled with classics, but two that I want to thank you for in particular are 'Brown Skin Lady’ and 'Yo Yeah’.  Can you remember how those two sublime tracks came about?  Did you know at the time just how special they were?'

J Rawls: I had met Kweli through friends in Cincinnati.  I was a college student at the University of Cincinnati and when I met Kweli he had not yet released the 'Fortified Live' 12'' on Rawkus.  By the time that came out and he had a buzz, he told me to give him some beats because he was working on an album with Mos.  I gave him the beat tape, the rest is history.  We definitely had no idea how special these joints would be though!

I gave Talib Kweli the beat tape, the rest is history.  We definitely had no idea how special these joints would be though!


TNB: 'You’ve more than shown your skills behind the boards and the mic.  Can you name your favourite three rapper-slash-producers and explain why they’re your favourites?'

J Rawls: Pete Rock, Redman, Kev Brown, and really, I have tons more.  But those guys just do it right.  No real explanation needed…producers usually know how to rock their own beats better than anyone else.

TNB: The New Beatmaker is primarily aimed at up and coming or budding beatmakers and other musicians.  What one piece of advice would you give to them - or give to new lyricists, given that you’ve swapped the boards for the mic on 'The Legacy’?

J Rawls: The main thing is never give up.  It's getting harder out here to do music….don't stop.  Real talent shines through.

TNB: 'Lastly, what’s next on the horizon for you?' 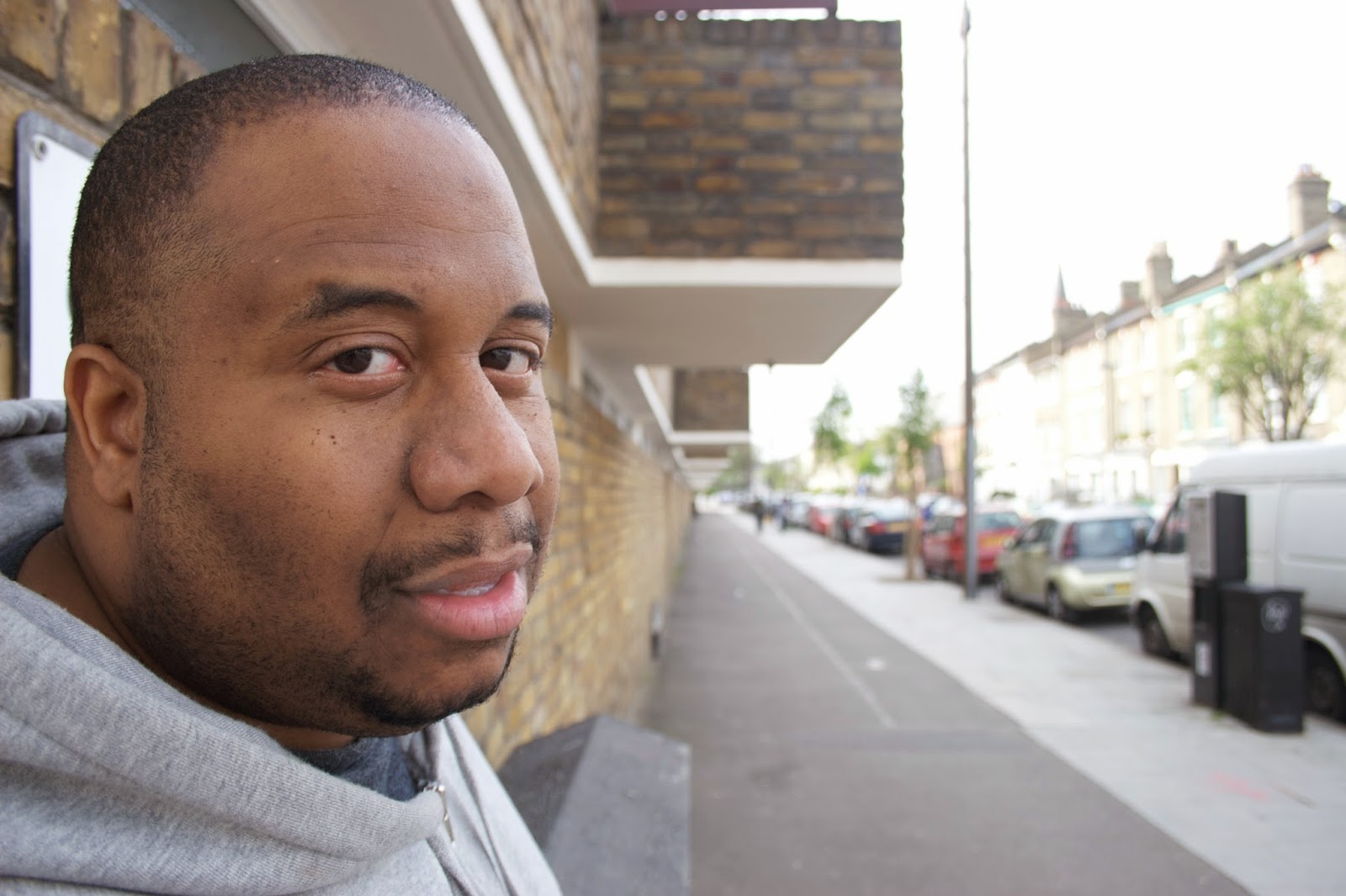 J Rawls: I am going to focus on my label POLAR ENTERTAINMENT.  Expect projects from Ceezar and Jean P and some new artists not on the album: Satele and Brittany Nacole.  I am at a point where I want to help other acts from Ohio and other places that don’t get much spotlight get a shot.  Satele will be releasing an EDM project, Brittany Nacole will be releasing a neo soul project.  We have a Jazz album, and of course MORE hip hop with Ceezar!