REVIEW: A very personal exploration of an oft-misunderstood epidemic

The New Beatmaker favourite Sev Seveer delivers yet again with his latest offering, ''Constant Elevation: Odessa Star", which is presented by Beats of All-Nations.

'''Constant Elevation: Odessa Star'' is the soundtrack to my dementia-riddled late-grandmother’s journey through cosmic space at age 91.  It is the sonic narration of my experience caring for a person who has lost their mind.  A juxtaposition of the two circumstances that I find most terrifying- being lost in space with no control, compared to being an otherwise sober-minded person gradually witnessing the loss of their mental capacity– as I have come to imagine that the two circumstances may be very similar...''

'''Constant Elevation: Odessa Star'' is the soundtrack to my dementia-riddled late-grandmother’s journey through cosmic space at age 91...'' - Sev Seveer


For the full story, check out Beats of All-Nations here.


''Constant Elevation: Odessa Star'' is filled with samples that often collide with one another in a way that is disorientating and disturbing; an incessant xylophone sample argues with brassy synth notes which wander aimlessly up and down the scale; a scratched-up vocal snatch of 'one, two' reintroduces itself before disappearing back into the shadows.  Shortly thereafter the listener is left with nothing but various shades of static which feel both warm and familiar, yet cold and alien at the same time.


...The shades of static manage to feel both warm and familiar, yet cold and alien at the same time... 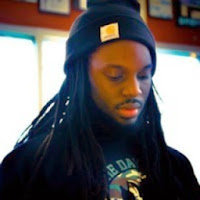 This later moment in particular perfectly encapsulates the emotional dissonance of those affected by dementia, be it first hand, or those looking after the sufferer, whereby situations and relationships can often flit between the two states of familiarity and alien seemingly at random.

Masterfully composed and performed, ''Constant Elevation: Odessa Star'' is another first-rate edition to Seveer's body of work and a powerful exploration of the complexity and, at times, potential fragility of the human mind.