INTERVIEW: Up In The Ear founder KO and Gimmie That Beat founder J. Rizzle answer quick-fire questions on the best of 2014

The New Beatmaker is very proud to announce part one of a four-part special feature, breaking down the highs and lows of what proved to be another eventful year in music and music production, with some of our favourite writers and artists of the year.

Join The New Beatmaker and our very special guests as we share our thoughts on the best music, artists, hardware and software of 2014.

Part One: Blogosphere Friends Share Their Favourites of 2014 and The New Beatmaker Shares Our Favourite Blogs / Websites of the Year

The New Beatmaker couldn't think of a better way to start than by catching up with two of our favourite DJs, bloggers and writers of 2014: Khalid Golding aka KO and J. Rizzle.

With his heartfelt writing on music, culture and society, Khalid Golding and his Up In The Ear blog quickly became a The New Beatmaker favourite in 2014.

Below, in an exclusive interview, Golding spills the beans on his favourite hardware and music of the year and more.

Many thanks to Khalid and Islah for taking the time out to put together the above.

Now, one of the most hardworking men in the game, J. Rizzle is a writer, DJ and music, sneaker and cap connoisseur to boot!  He is clearly a man who has learned the secret of how to not need sleep.

His output includes instrumental / beats blog Gimmie That Beat, the DJ-Centred Check Deez, and 'KIX & LIDZ', dedicated to his love of sneakers and caps.


Like Golding, J. Rizzle is one of The New Beatmaker's favourite bloggers of the year, so it's with great pleasure that I present his favourite hardware, software, and music of the year - with just a little sport thrown in too for good measure.

Favourite album of 2014: The JazzJousters 'New Genesis'
Favourite musician, producer or beatmaker of 2014: Cool FD
Favourite app, blog or website of 2014: TheNewBeatmaker.com & Sneaker Politics
Highlight of 2014: Cowboys getting robbed with Dez Bryant catch, lol
Low point of 2014: Catching the Flu (right over the Holiday season)
The New Beatmaker is glad to hear that J. is on the mend.  Here's to a happy, healthy, safe and prosperous new year to both J. Rizzle and Khalid Golding.  Thanks again for taking part, guys.

The New Beatmaker's Favourite Blogs, Websites and Webisodes of 2014

Up In The Ear: Up In The Ear mixes music, culture, society and charity together in a way which is fun, informative and heartwarming.  Bravo! (upintheear.com)

Gimmie That Beat: Whether you are solely a fan of beats / instrumental hip hop or a beatmaker yourself, Gimmie That Beat is an essential resource for you. (gimmiethatbeat.blogspot.co.uk)

Mass Appeal's 'Rhythm Roulette': Want an insight into your favourite beatmaker's workflow?  Looking for a way to break the dreaded 'beatmaker's block'? Don't worry, this excellent web series has you covered. (youtube.com/user/massappeal)

BBoy Tech Report: A longtime favourite of The New Beatmaker - get the lowdown on all the latest kit, from keyboards to beatmaking apps, to interviews with the men behind the machines behind the music, here.  Oh, and check out The New Beatmaker's guest posts here.  (bboytechreport.com)

Sounds And Gear:  Did someone say kit?  With informative and fun reviews from one of the most knowledgeable, charismatic and amiable men in the game, this website is another must for anyone who is looking into getting their hands on the latest and best production gear.  Make sure you check out The New Beatmaker's exclusive interview with Sound And Gear's JK Swopes aka saintjoe here. (soundsandgear.com)

BeatTips: The go-to site for in-depth educational posts on the origins, the science and the culture of hip hop production, sampling and beatmaking.  Check out the beattips top 30 beatmakers of all-time list from last year, which features in-depth reasoning for each of the placements, as a wonderful introduction to the site.  Oh and be sure to enjoy The New Beatmaker's exclusive interview with BeatTips' Amir 'Sa'id' Said here. (beattips.com)

Today's Future Sound: To paraphrase, 'Today's Future Sound uses music production and media arts as vehicles through which to empower youth as artists and community members while fostering their well-being as individuals.'  The New Beatmaker's favourite charity of 2014 as well as one of The New Beatmaker's favourite websites of 2014, learn how you can help to make a difference by checking the site out here. (todaysfuturesound.org)


For more details on how you can help make a difference, visit: todaysfuturesound.org.

The Drum Sample Broker: Whether you are looking to buy sample packs from some of the biggest names in beatmaking, or eager to check out a blog full of great interviews, tutorials and opinion pieces that will educate and inspire the beatmaker, new or old, The Drum Sample Broker has you covered. (thedrumbroker.com)

The Recording Revolution: Another long-time favourite of this site, The Recording Revolution specialises in video tutorials and essays relating to acoustic / rock / worship music.  As I have said before though, even if your music falls outside of the remit of these genres, you'll still learn a tonne from the RR. (therecordingrevolution.com) 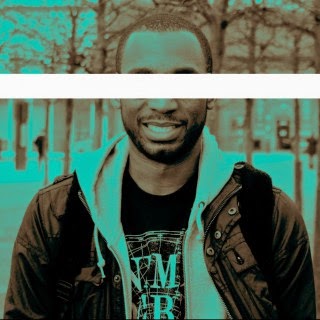 Praverb.net: One of the biggest tragedies to befall the hip hop / beatmaking scene in 2014 was the untimely death of Earl Patrick McNease aka Praverb the Wyse.  A The New Beatmaker favourite website of 2014 on it's own merits, Praverb.net, with it's vast collection of how-to pieces, interviews and new artists spotlights, is still an essential resource for any independent artist and is a fitting testament to how much Praverb cared for the online hip hop and beatmaking communities.  Rest in peace, Praverb.  (praverb.net)

Coming up Next: Look out for part two, featuring some of The New Beatmaker's Favourite artists of 2014 giving their breakdowns of the best and worst of the year, coming soon.