The New Beatmaker is very proud to announce part three of a five part special feature, breaking down the highs and lows of what proved to be another eventful year in music and music production, with some of our favourite writers and artists of the year. 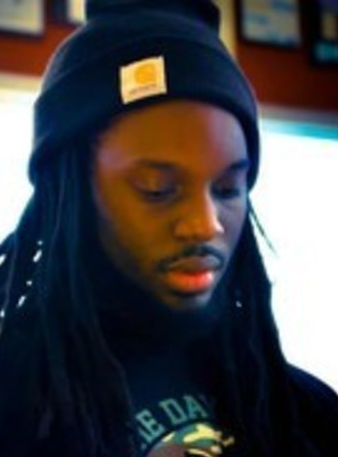 A The New Beatmaker favourite and an artist who features again and again on 'Soundcloud Sessions', Sev Seveer's brand of production mixes hip hop, dub and electronica influences and creates something very personal and unique in the process.

This very personal, unique approach is most evident perhaps on his 2014 project ''Constant Elevation: Odessa Star''.

Said Sev upon it's release:

'''Constant Elevation: Odessa Star'' is the soundtrack to my dementia-riddled late-grandmother’s journey through cosmic space at age 91.  It is the sonic narration of my experience caring for a person who has lost their mind.'

At the time I described the project as thus:

'Masterfully composed and performed, ''Constant Elevation: Odessa Star'' is another first-rate edition to Seveer's body of work and a powerful exploration of the complexity and, at times, potential fragility of the human mind.'

An uncompromising yet masterfully executed offering, ''Constant Elevation: Odessa Star'' is a The New Beatmaker favourite album of 2014.

With all of this in mind it's an honour to share Sev's highlight's of 2014.

Favourite hardware of 2014: 'Assuming that you mean new additions (because I love my 2000xl/ SP404 every year), I incorporated two new pieces for a lot of stuff I did in 2014 – the Dr. Sample SP-202 and, the TableBeast TBSK1. I noticed one day that my roommate Norman (https://soundcloud.com/norman-3) had a 202 buried in his room and he told me that he never used it. I hooked it up to the rig and it was immediately put into play, and, I've certainly got my money's worth (even cooler is the fact that there was no money involved, “moneys worth” in this case is pure metaphor and has no literal meaning!).

The 202 has a sound that is unlike any machine I've worked with. and using it to enhance character low end / percussion / drums is absolutely the way to go. OG cats know about the 202 and it isn't a huge discovery or anything, but in an age where cats just buy gear because its popular (cough, 404), it was nice to show and prove that the old machines with limited functions are just as effective in the lab.

My neighbor Dr. Goom (https://soundcloud.com/dr-goom) put me on to the modified Casio SK1 known as the TBSK1, made by a group called SynthKiller. He came over and we did a collab track with the one he owns and I remember being completely floored by the sound that came out of it, especially as it relates to the legendary shittiness that is the traditional Casio SK1. It's a circuit bent piece that has a patch bay built into into it to allow for modular synthesis. A Frankenstein zombie SK1, if you will. I ended up borrowing it for few weeks and eventually went on to record a large portion of the free-form sequences in ''Constant Elevation: Odessa Star''. The TBSK1 is a great place to start if you are looking to get into hardware modification/circuit bending type stuff. Just make sure you have a “break budget” so you can buy doubles of your hardware in case you clip the wrong wires!'

The TBSK1 is a great place to start if you are looking to get into hardware modification / circuit bending type stuff.  Just make sure you have a “break budget” so you can buy doubles of your hardware in case you clip the wrong wires!'


Favourite software of 2014: 'I discovered the power of Waves' “Vocal Rider” plugin. It's a pretty dope algorithm that provides live-analysis of transients in your wave form, say a microphone recording, as they relate to other sounds going into your master bus. The result is kind of an automatic ducking function that brings clarity to vocal sequences that occur during busy parts of a mix, as well as quieting vocals when the mix is in a sparse sequence. It gets really cool when you start to use it on non-vocal segments, almost as a side-chaining insert as opposed to linking buses.'

Favourite musician, producer or beatmaker of 2014: 'This year was really dope as far as meeting new artists who I respect, admire and am inspired by. My crew and I at Push Beats booked Selfish for his first beat set in forever, and he is one of the greatest beatmakers to ever come out of Chicago, or the midwest, or the country for that matter. He stays relatively lowkey, so getting to share the stage with him, that was a proud moment. I also got a chance to meet my homie Phantom Thrett from out in California.  Great singer and beatmaker who is highly talented, I had the opportunity to host him here in Chicago for a few days and that was great. There's so many more though! The list could go on and on.'


Favourite app, blog or website of 2014: 'Between The New Beatmaker and Beats of All Nations, I don't really feel as though I could for much more from any website or blog. The write-ups and coverage that these two sites provide for artists such as myself is invaluable, and I'd take two websites that do great work over 1000 websites that simply repost material. Beats of All Nations went so far as to publish my project as it's first official release as a label.'

Highlight of 2014: 'My highlight was obviously the release of Constant Elevation: Odessa Star, as I have never managed to release a project in whole. But I also really enjoyed SXSW early on in 2014, and rocking a sold out Door Number 3 (venue here in Chicago) for a beatshow was really special, especially the last one where my brother got to see me play for the first time. Also, when Chief Beatmaker reached out to me to release on behalf of Feelin' Music (workin on my release for them right now actually), I was made so much more confident to know that my music is beginning to know no boundaries and that Chicago isn't the end all be all.'

Low point of 2014 / New Year's music resolution: 'I don't really dwell on low points. The year was too successful for that to be a thing that matters. I will say that I was disappointed to not be able to travel outside of the U.S for bookings this year. Hopefully 2015 will bring that, so my 2015 resolution is to leave the USA to play beat shows. Peace!'

Thank you very much to Sev Seveer, you went above and beyond with your answers. Be on the lookout for part four, coming soon. 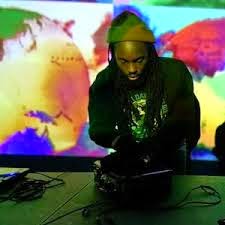