INTERVIEW: A selection of The New Beatmaker favourite artists answer quick-fire questions on the best of 2014

The New Beatmaker is very proud to announce part two of a four-part five part special feature, breaking down the highs and lows of what proved to be another eventful year in music and music production, with some of our favourite writers and artists of the year.

Join The New Beatmaker and our very special guests as we share our thoughts on the best music, artists, hardware and software of 2014.

Part one saw the The New Beatmaker catching up with two of my favourite DJs, bloggers and writers of 2014: Khalid Golding aka KO and J. Rizzle (be sure to check that out here).

Now, I welcome five artists that I consider very much part of the family: Evil Alex, walkingshoe, T-Funk, Carvalho and Phil Phlaymz.

Evil Alex (Maestro of the Atmospheric and Uncompromising)

Chicago's Evil Alex made a great first impression with the 'Hate' EP, back in 2012 which The New Beatmaker lavished praise upon in a 'Your Beats' post.  A year later, he wowed me even more, with his first LP 'iGeneration', one of the best albums of 2013. 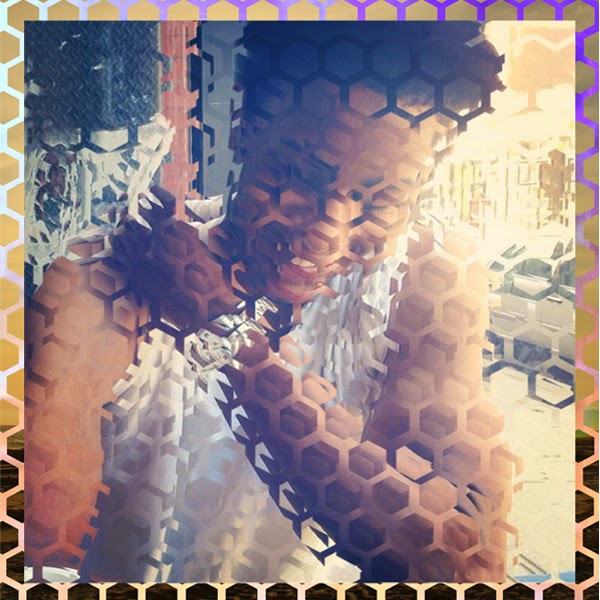 An intelligent album full of haunting beauty and raw power, the album was so good I wrote about it both here and here.

Whilst it was a relatively quiet year for Alex release-wise, his single 'Right Now' is one of The New Beatmaker's favourite tracks of 2014 and, along with M-Phazes' 'Camden Arc' project and an as-yet-untitled collaboration project from J'Von and Ackryte, Alex's sophomore album, the tantalizingly titled 'Sounds in a Vacuum' is The New Beatmaker's most anticipated album of 2015.

With all this praise lavished upon the young multi-media artist, it was only right that we ask him for his own picks of the year.  Here goes:

The New Beatmaker's heart goes out to Evil Alex over the loss of the first version of 'Sounds in a Vacuum' and congratulate him for bouncing back.  Many thanks for taking part Alex.

Be sure to check out Evil Alex here: evilalex49.bandcamp.com/ 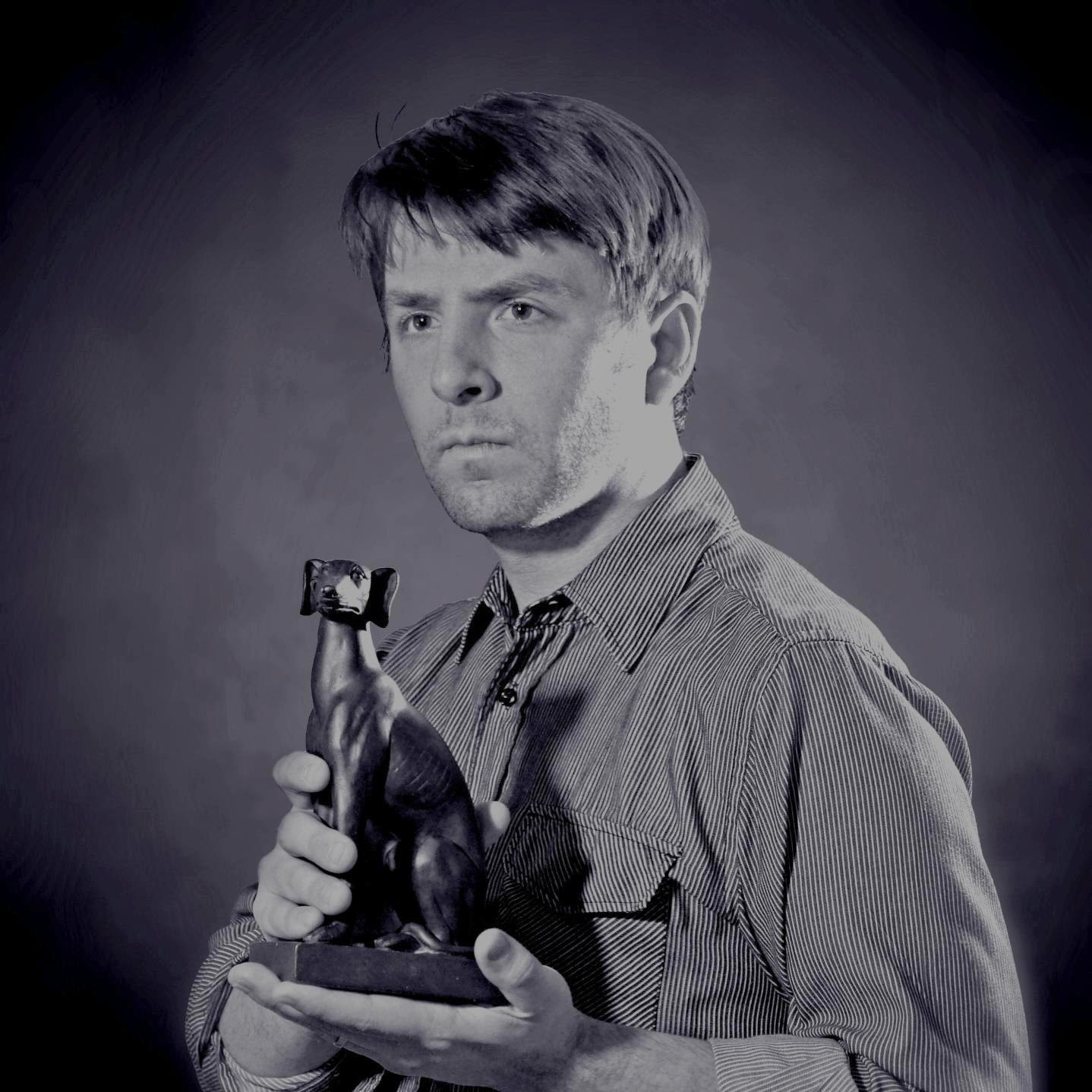 'Throughout 'Blastphemy', Walkingshoe exhibits a strong ear for melody, a fine knack for chopping and manipulating samples, and a great understanding of how tension and release make for engaging music.'

'Blastphemy', released on French label Cosmonostro - more on them in a moment - turned out to be one of The New Beatmaker's favourite projects of 2014, so it was only right to invite the man himself to talk about some of his own highlights of the year.  Here's what he had to say:

St Vincent: walkingshoe's artist of the year, her eponymous album is his favourite album of 2014 http://bit.ly/1v63kfX

Many thanks to walkingshoe for taking part, his highlight of the year was definitely one of The New Beatmaker's too.

So, turning back to Cosmonostro... 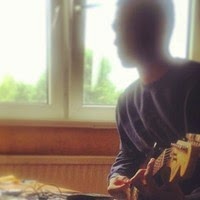 London's T-Funk is another artist that made some of The New Beatmaker's favourite music in 2014.

Released in the Holiday season of 2013 on Cosmonostro, his 'Nebula' EP delivered on the potential of his earlier output, with The New Beatmaker saying this at the time:

'T-Funk's tasteful blending of 90's RnB influences with hip hop knock and ambient style synths to be a highly rewarding and addictive mix.'

An instant hit, T-Funk's 'Nebula' is another of my projects of the year.
The UK producer and musician T-kindly shared his highlights of 2014 with me recently.  Dig in:


Ever seen a Fender Stratocaster Get Made? 'A Strat is Born' (Credit: http://bit.ly/15L4CRw)

Favourite software of 2014: 'Apple Logic.'
Favourite song of 2014: '80's Babies ''I Digress.''
Favourite album of 2014: 'D'Angelo & The Vanguard 'Black Messiah.''
Favourite musician, producer or beatmaker of 2014: 'Häzel.'
Low point of 2014: 'Creative block for the whole of the Summer.'
Highlight of 2014: 'Releasing three collaboration tracks early in the year.'
Music based New Year resolution of 2014: 'Work with as many people as I possibly can - working with other artists is always more enjoyable.'

I'm certainly looking forward to hearing more from this exceptional talent in 2015, whether as a solo artist or in collabo's.  Happy New Year T-Funk, and thanks for working with me on this one. 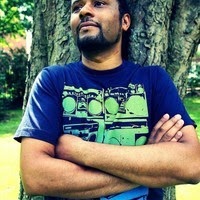 Carvalho (UK Singer-songwriter who mixes the message with music)

Fellow UK artist Carvalho became another instant The New Beatmaker favourite of 2014 with his album  'All the Things You Know To Be True?', which mixed wit, warmth and social commentary with a welcome nineties style soul and funk sound.

Favorite Hardware of 2014: 'Universal Audio Apollo Twin Duo Audio Interface, because its compact easy to carry around with your portable studio. Great quality and sound.'
Favourite software and / or sample pack of 2014: 'Logic Pro for me: it does what it needs for making beats. Some good plugins as well.'
Favorite freeware of 2014: 'LMMS - Linux Multimedia Studio: The choice of instruments and plug- ins is broad. There is an on-board beat and bass editor that removes the need for a separate drum sequencer.'
Favourite song of 2014: 'D'Angelo 'Betray my Heart'.  The whole of this track is so soulful that I have had it on repeat since its release, very inspiring.'

''D'Angelo's 'Black Messiah' came as a breath of fresh air.  It's very relevant and poignant to our times'.   -Carvalho

Congratulations on the licensing deals and for the creative streak you're clearly on. The New Beatmaker looks forward to hearing the new tracks.

Be sure to check him out Carvalho here: https://soundcloud.com/carvalho 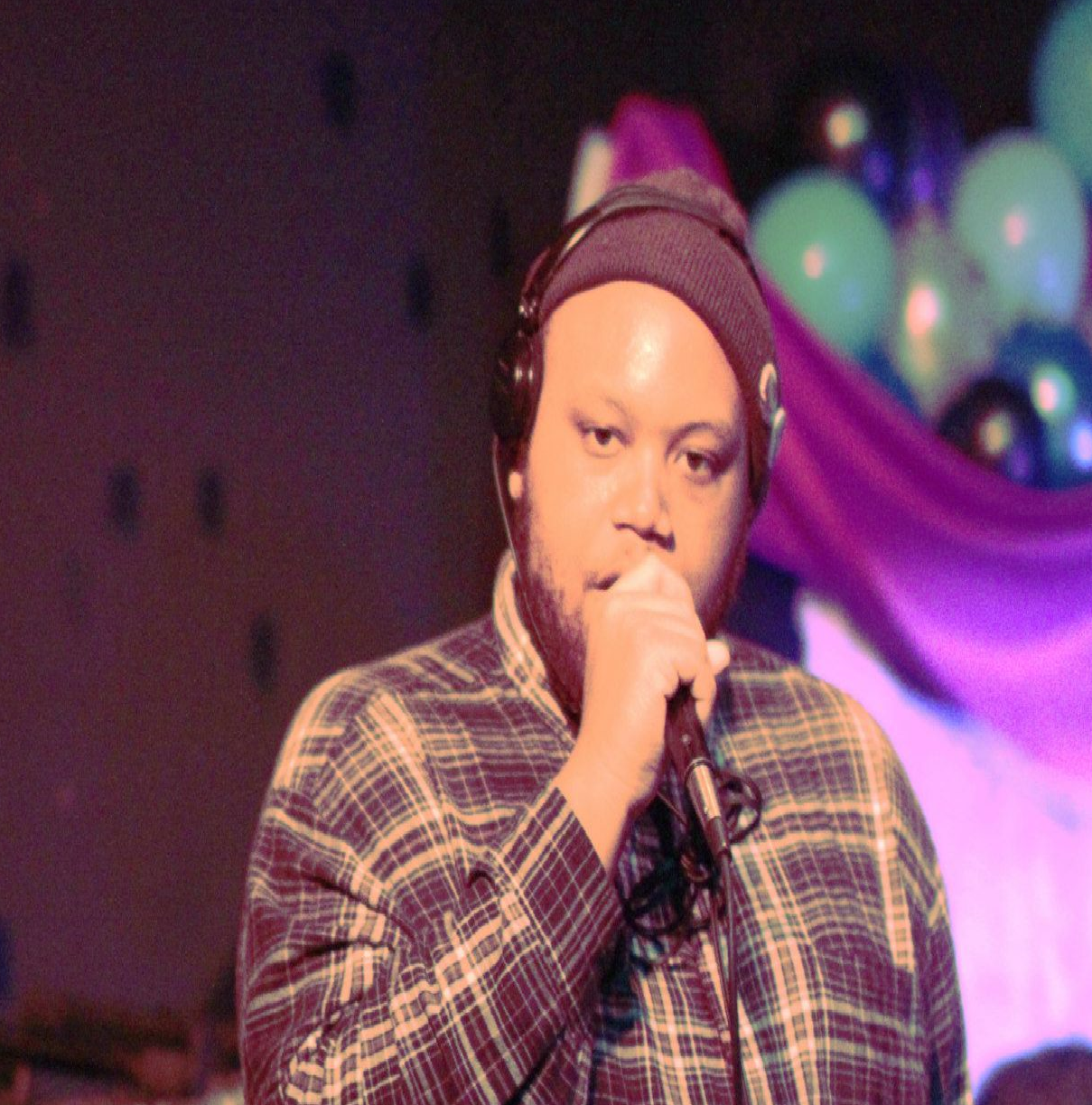 New York MC Phil Phlaymz came to The New Beatmaker's attention with 'Get 'em High' a meditative piece that was highlighted in 'Your Beats' here.

Phlaymz has a strong, vocal delivery which has a nice balance of grit, warmth and brightness - more about that in his answers below.

This year Phlaymz made good on his earlier potential with 'Mixed Greens Salads', a raunchy, infectious and melodic collection which further confirms Phlaymz place as one of the artists to watch in 2015.

It was only right that we ask Phlaymz to get involved in our 2014 round-up.  Here's what he had to say:

Favourite hardware of 2014: 'It would have to be the Scarlet 6i6 audio interface and Yamaha HS7's I purchased. The interface has an awesome sound to it. If you have a bright voice/Mic combo, the 6i6 will really compliment it.'
Favourite software / sample pack of 2014: 'I don't really hunt for software and samples like I used to. My favorites are my favorites every year: Waves SSL compressor and the drums and samples that I've had since forever. Still haven't went thru them all yet ha!'
Favourite freeware of 2014: 'That would have to be the PSP vintage meter. It's a dope little meter.'

Thank you to Phil, check out more from Phil, including 'Mixed Greens Salads' here.

Wow, there is not enough space to mention every single project I've loved this year, but here are just some of the ones which come to mind as favourites from a very fruitful year:

The New Beatmaker's Favourite albums of 2014

A favourite track of 2014 'Pull Me Down', off 'Green', a favourite album of 2014, featuring Joana Teters, a The New Beatmaker favourite singer: https://www.youtube.com/user/Drewofthetube

Here are some of my immediate favourites of 2014.  Shameless plug: For a more comprehensive list, check out 2014's 'Soundcloud Selections' editions! ;)

Flying Lotus: 'Coronus the Terminator', neck-and-neck with D'Angelo for the best track of 2014: http://bit.ly/1BIFp5p

Labels of the year:

Mike Brown and Eric Garner decisions.
The deaths of Rich Nichols and Praverb the Wyse.

As a fan of The Roots since around 1996 it pains me to say that I could barely listen to '&TYSYC'.  Please, miss me with that 'high art' / 'you are clearly not intelligent enough to understand it' rubbish.  Secondly, it breaks my heart to see The Roots play backing group to some of the 'artists' they are on 'Late Night with Jimmy Fallon'.  'We're losing sight of what garbage mean' indeed.

Personal: This has been the biggest and best year so far for The New Beatmaker, thank you so much to each and every one of you.
World affairs: The best of the internet: social media bringing out the best in people, from fundraising, to raising awareness for good causes, etc.
Music: The return of D'Angelo, and in such fine form.


This has been the biggest and best year so far for The New Beatmaker, thank you so much to each and every one of you.

I got some great feedback on the first 'remix' that I put online! My submission for the official Indaba Music Takuya Kuroda 'Afro Blue' remix competition.

My remix of Takuya Kuroda's 'Afro Blue'.  Put together over four hours, on the day of the deadline, on headphones (my speakers had blown the week before).  Takuya Kuroda's 'Rising Son' is one of The New Beatmaker's favourite albums of 2014.

Music based New Year resolution of 2014: I aim to have at least one track that I am happy enough to premier online by the end of the year.  Stay tuned.

Thanks again to Evil Alex, walkingshoe, T-Funk, Phil Phlaymz and Carvalho for taking part.
Read part one here and be on the lookout for part three coming soon.