REVIEW: Performing for over two hours to an ecstatic capacity crowd, D'Angelo & The Vanguard's first night at London's Eventim Apollo was a victory befitting their instant classic 'Black Messiah' 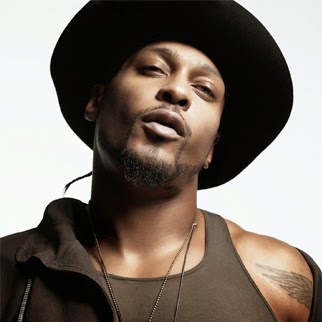 By mixing many of the highlights from the project with long-held fan favourites, D'Angelo and band kept the crowd on their feet for most of the night; from the funk-filled reworking of 'Brown Sugar' and perennial party starter 'Chicken Grease', through to the jazz influences of 'Sugah Daddy' and 'Back to the Future'.  The crowd only caught it's breath on the more slow paced numbers, such as the delightfully sweet 'Real Love'.

'The Charade' (complete with an American flag attached to D'Angelo's black biker jacket) was even more spellbinding and rousing live than on wax.  Likewise, 'Ain't That Easy', with it's Funkadelic swagger, was yet another highlight in a powerhouse of a performance filled with highlights.

'The Charade' (complete with an American flag attached to D'Angelo's black biker jacket) was even more spellbinding and rousing live than on wax.


With band members including Chris 'Daddy' Dave (Adele, Beyoncé, the Robert Glasper Trio/Experiment) Pino Palladino (The Who, The Soultronics) Jesse Johnson (The Time) and Kendra Foster (Parliament/Funkadelic), The Vanguard's combined years of stage experience meant that the crowd was treated to a live show that combined raw funk and super polished professionalism that at times brought to mind James Brown's The J.B.'s.

'(Untitled) How Does It Feel' was the perfect end to a perfect night. youtube.com/user/kristianlw

Indeed, 'D's showmanship on the night gave more than a nod to 'The Hardest Working Man in Show Business'. He peppered his strutting across the stage and warmly shaking of many a fan's hand with nimble and energetic dance moves. He flirted and teased the crowd just the right amount, such as when he walked away from the mic as the audience sung 'girl, it's only you...'. Of course, he returned a few moments later to make good on his promise, with a fifteen minute take on '(Untitled) How Does It Feel', which had the audience in further raptures.