Disclaimers: These two products are bought separately.  Both REQUIRE THE FULL VERSION of Native Instruments KONTAKT 5 to run, not the free Kontakt Player.

Spitfire Audio is synonymous with excellence in sound design, especially revered for its gorgeous orchestral sounds; with world famous musicians both as fans and collaborators.

Spitfire continues to collaborate with top-flight performers with 'Artisan Cello' and 'Artisan Violin'; two of the latest editions to it's well received Producer Portfolio (PP) range.

As well as performing with many orchestras such as the Royal Philharmonic, Chris frequently collaborates with composers such as Joby Talbot, Max Richter and Andrew Skeet.

Chris has also worked with Sir Paul McCartney, Radiohead, Sam Smith, Florence and the Machine, Adele and The Divine Comedy.  He is currently Musical Director for the band Elbow.

Film soundtrack buffs will recognise his work on blockbusters including Batman – The Dark Knight, Skyfall, The Bourne trilogy, The Hobbit; whilst his small screen resume includes BBC’s Dr Who.

If all that's not enough for you, he’s also worked on over 200 major film scores including James Bond, Lord of the Rings, Shrek and Gladiator.

Both Worsey and Zielinski’s masterful playing is recorded dry – that way you can add whatever reverb or other processing you like and – both come set up as three different loadable patches -  ‘set-ups’, if you will - each suiting a different requirement and complimenting each other wonderfully.


Beautiful lifelike sound and flexibility which will appeal to a myriad of musical styles and applications.  These are world class musicians in your DAW.

First up is the ‘Performance Patch’.

This is best suited for, for want of a better phrase, ‘freestyle performing’ or jamming.  Let’s say you are playing around, looking to record some ideas as they come to you, and you just want to get on and play more freely and see what comes up.

As one would expect, the velocity with which you hit the keys changes in accordance to your style of play.  Harder strikes on the keys will cause that dramatic, punchy ‘stacato effect’, whereas softer ‘legato’ playing will create that romantic gliding ‘portamento’ feel.  Lovely stuff.

The second patch is the ‘various articulations’ patch.

This is filled with distinct notes full of character: long notes, using these notes and settings in association with the ‘dynamics wheel’ makes for some really dramatic sounds.

For instance, the tremolo sounds are ready-made for any TV work, drama or video game soundtracks.

As the name suggests, the ‘time machine articulations’ really come into their own when you want to stretch notes out or pull them back shorter when playing, which is a very intuitive and enjoyable way to create lifelike variations.

And if you hadn’t guessed by now, the word ‘lifelike’ absolutely sums up these products.

Spitfire has yet again done the seemingly impossible and very cleverly and skillfully captured and, dare I say, recreated the spontaneity of a live performance, putting them in your DAW of choice.

But it's not just realism and beauty that make these editions to the PP stable so good.  'Little’ details such as naming the articulations and using technical terms - good to know if you ever are in a position to work with a cellist or violinist in person - add an extra dimension of value.


There’s an immediate ‘wow’ factor when using both of these products...the interface is very easy to use, meaning you can get on with making the music you want to make.

Like the other Spitfire products I’ve had the pleasure of playing, there’s an immediate ‘wow’ factor and instant gratification when using both of these products, irrespective of your skill set; the interface is very easy to use and not intimidating at all, meaning you can get on with making the music you want to make.

The single point of contention is that both of these products require a full version of Kontakt to run.  Newbies, this is the version you pay for - not the Kontakt Player that you can download, legally for free from the Native Instruments website.


Both these products require a full version of Kontakt to run.  Newbies, this is the version you pay for - not the free Kontakt Player...This caveat brings the product down from an otherwise perfect score of 5.

Pros:
Amazing, beautiful and lifelike sound and flexibility which will appeal to a myriad of musical styles and applications.  These are world class musicians in your DAW.
Very easy to use interface.

Cons:
Out of reach of new musicians and beatmakers who do not have Kontakt 5.  I think that kontakt 5 is a fantastic investment – but not one that should be made lightly.  This caveat makes the products out of reach for many a new musician and brings the product down from an otherwise perfect score of 5.

The new Beatmaker gives Producer Portfolios PP015 'Artisan Cello' and PP016 Artisan Violin 4 out of 5 each.  (5 out of 5 if you own Kontakt already). 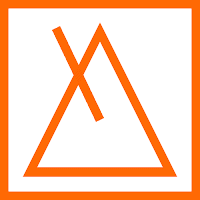 Enjoy what you read? Support The New Beatmaker the next time you shop:

From musical instruments to sample packs, by buying through one of our affiliates, you pick up great products and support The New Beatmaker at the same time. Please click here.