With 'About Love' being one of The New Beatmaker's favourites of 2014, and 'Cold World' being one of 2015's stand-outs, it was only right to invite rising soul star EMRSN to share his favourites from 2015 with us.

In doing so, this gave the rising soul star the chance to take a trip down musical memory lane, touching on how Kendrick Lamar channeled Death Row-era Snoop Dogg and, even all these years, Devante Swing still gets the props.

Favourite song: ''Girl' by The Internet (Produced by Kaytranada) - Kaytra on the beat with Syd tha Kyd’s voice, incredible!!

What I love about this sort of music (but more specifically this track) is that it combines elements that I have loved throughout my whole life of being a music fan.


Kaytranada on the beat again: with Syd tha Kyd and crew's 'Girl'.  A great track and a great video, too.

Kaytra definitely has his own sound (a trained ear can pick a Kaytra track, just like a Premo or Timbaland beat) but it’s those weird synths that he uses that makes his music stand out most for me.

The chords are just SWEET!  Oh, and Syd tha Kyd is an amazing singer, I love the way she writes her melodies.'

Favourite music video:  ''King Kunta' - Kendrick Lamar.  This video just totally brings me back to when I was a young teen falling in love with West Coast gangsta rap.

I knew about Rap but wasn’t that exposed to it, I remember only really being into MJ and RnB, and maybe Fresh Prince and Jazzy Jeff at the time.  I remember watching Rage (Australian music video TV show) one morning and the ‘What’s my name’ video by Snoop came on.  To be honest, I was more intrigued than anything, it was just so interesting, and I don’t know why, but I was just totally drawn to it.

I loved all those West coast style videos through the 90’s, they just had that certain style and so seeing Kendrick on the roof of the Compton Fashion Center was just like seeing Snoop on top of VIP Records in Long Beach.'

Kendrick on the roof of the Compton Fashion Center was just like seeing Snoop on top of VIP Records in Long Beach.

D’Angelo is a total cliché of a flawed genius - some people are just too good.  I was ready for what he was going to deliver, both on the record and at his SoulFest performance last year.  I had watched the Red Bull interview with him and he explained it what direction the record was going in musically.

I don’t really know what genre you could call this album.  It’s not your ‘stock standard’ Neo Soul, I mean, it’s definitely Soul but with a abundance of influences.  Throughout the record you can also hear way more of a nod to one of his favourite influences – Prince, plus I absolutely love the fact that the entire album was recorded organically and all live.  D’Angelo is the king!'


A very powerful, very poignant performance by D'Angelo and The Vanguard.

Favourite Musician: 'D'Angelo, hands down.  When I was growing up I would always listen to Hip-Hop and wonder why there wasn’t more vocalists singing over some of the really dope, jazzy, soulful Hip-Hop beats, then along comes D’Angelo doing pretty much exactly that.

The way I interpreted his music was simple, it was a mix of Gospel/Jazz and 90’s East coast Boom Bap.  The fact that he had that jazzy swag made him SO much cooler than the rest of the same RnB artists.  His three albums have all been totally different to each other, and I am utterly amazed at how much soul oozes from this dude!

Back in the day my favourite producer was Devante Swing from Jodeci.

Jodeci was and will always be my favourite RnB group.  K-Ci and JoJo were amazing singers, but the reason I loved them so much were the beats, Devante’s beats!  His production was heavily Gospel influenced, but he gave it this rough swag with the beats and synth bass lines he used.  I loved the repetitive sweet lines over the chords, the harp runs, but I think I loved those mega dramatic synth riffs the most - usually used at the intro’s of the tracks, they were inspiring.'

Favourite app, blog or website: 'I still use Youtube to find so much stuff I have no idea about, I'll sit there and just 'surf' for hours, making lists of all this dope stuff I find.

I’ve found a lot of my favourite stuff from Youtube channels like Majestic Casual, Just Good Music, Underground Charisma, Infinite Bass and SYZYGY.  These channels, along with Soulection on Souncloud is where I really started to be exposed to the new movement of Future Beats, and where I still go to find more.'

I’m waiting for the Future Beat movement to explode, but then at the same time I hope it doesn’t, because we all know what happens to things once the ‘industry’ takes over.  Anyway, it’s just so exciting and stimulating to be part of something that is fresh and dope.'

Low point: 'Being exposed to the ‘lyrical skills’ of some of these "MC's" that seem to be flooding all the mainstream music charts.'

Favourite Microphone: 'The one in front of me.  (Sorry, I don’t know shit about equipment…)'


No need to say sorry EMRSN, just keep doing what you do behind the mic!  Happy 2016 to you and yours. 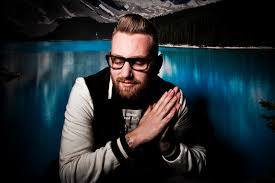 
Enjoy what you read? Support The New Beatmaker the next time you shop:

From musical instruments to sample packs, if you buy through one of our affiliates, you can pick up great products and support The New Beatmaker at the same time. Please click here.