REVIEW: A nod to legends long established and an introduction to a potential legend

What the project does share with the West Coast canine's classic however, is the meticulous attention to detail of it's production; finely selected and chopped soul, funk, rock and folk samples, weaved into new instrumentation seamlessly, with every track being an epic sonic workout.

Starting with the euphoric, Just Blaze stylings of 'Can't Hide' and the Rsonist / Heatmakerz sounds of 'Crowded Spaces', the epic early 00's sound of Roc A Fella and Dipset hangs over the beginning of the album. 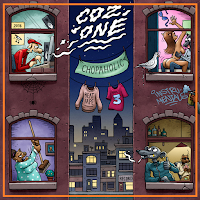 The mournful 'I Don't Know What To Do' evokes 'The Minstrel Show' Little Brother, before the glorious 'Come On Down' sounds like a Rick Ross banger produced by J Dilla and Black Milk.

The second half of the album is an exercise in dramatic, cinematic soundtracks.

'Fool Me Once' is the perfect backdrop for The Lox with it's staccato samples evoking a paranoid setting.

Followed by the incredible Black Milk meets Alchemist - meets trap of 'Hallucination', which chops a psychedelic folk record into fragments, this is a masterclass in sonic suspense.

'Diamond Shine' and 'Stay With Me' finds the producer breathing new life into very familiar samples and with it further reinforcing the sonic signatures found throughout the album.

By mixing samples from a diverse array of genres and paying homage to several high profile influences - especially in the first several tracks - Cozone risked becoming a beatmaking tribute act; an artist who was good at sounding quite a bit like other people, but with no originality or signature of his own. 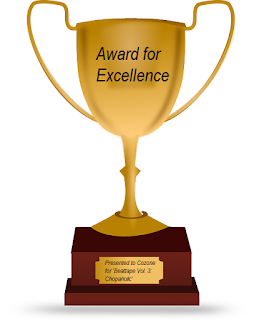