This is the first of a set of regular mix shows I intend to post / host on a regular (ish!) basis.

I have for a few years been toying with the idea of doing more, how can I put it, mixshows / radio show / podcast style curation sets.

I love doing 'Soundcloud Sessions' although it could be argued they are a tad anonymous feeling.

Whilst I never want to be the one 'all in the videos, dancing' as someone so infamously put it I always thought a mixshow with a bit of myself may be nice too.

With Soundcloud being such a cause for concern at the moment this has been even more pertinent and so I have uploaded to Mixcloud the first in a set of regular mix shows I intend to post / host on a regular basis.

Coming up in the next few weeks I aim to post a mixshow called TNB Beats which will feature as the name suggests hip hop instrumentals, electronica, ambient, wonky, future etc.

I also intend to do a more rock / folk / acoustic show among other things during the next few months. 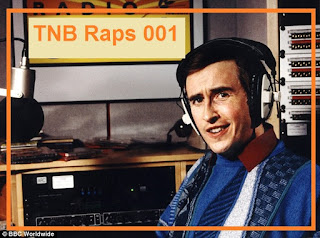 1 Intro (w/ JAY-Z Bam and Tyler, The Creator Where This Flower Blossoms) by Phashara / Corry Banks
2 Bam by JAY-Z & Damian Marley
3 Foreword by Tyler, The Creator & Rex Orange County
4 Party People by Vince Staples
5 Hear Me Doe by Dexx! Turner
6 FORBIDDEN by Jango
7 Spend Godly by F.Y.I.
8 Spend Godly vs. 'The Choice is Yours (Revisited) by Lee TNB: F.Y.I VS Black Sheep
9 Pass It by Cornbread
10 It's About That Time by Quelle Chris & Sleep Sinatra
11 Too Much Pressure by Count Bass D & Snoop Dogg
12 Lift As You Climb by Phil Phlaymz
13 Hold On by Ghost u like it i love it & Breana Marin
14 War Machine by Sense & Radius
15 Dark Archery by The Foundry (Cor Stidak x RenRok) & Unseen NY
16 Rain Comes Down by Vince Staples & Ty Dolla Sign
17 911 by Tyler, The Creator, Frank Ocean & Steve Lacey
18 Marcy Me by JAY-Z
19 Phashara / Corry Banks Outro